CHIYOKO
Hi,I am Chiyoko.
I’m a journalist for festivals in the world.

Today I’m talking about “Kurdish Spring Festival” which is held in Kurdistan.
This spring festival is called “Now raz”.

Kurdish has no specific country, but itself is the largest ethnic group in the world.

Kurdish living around the world hold “Now raz(spring festival)” on the same day, but celebrate it differently.

You can see Kurdish in traditional costumes walk through the mountains with torches in Kurdistan. It’s so impressive.

“Now raz(spring festival)” is held for 2 days.
The first day is ”the eve of festival” and the second day is “the main festival”.

On the main festival, Kurdish enjoy a picnic with their family.
But, actually I feel “the eve of festival” is more enjoyable! 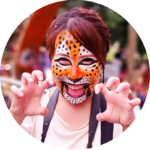 フォローする
This error message is only visible to WordPress admins


Error: API requests are being delayed for this account. New posts will not be retrieved.